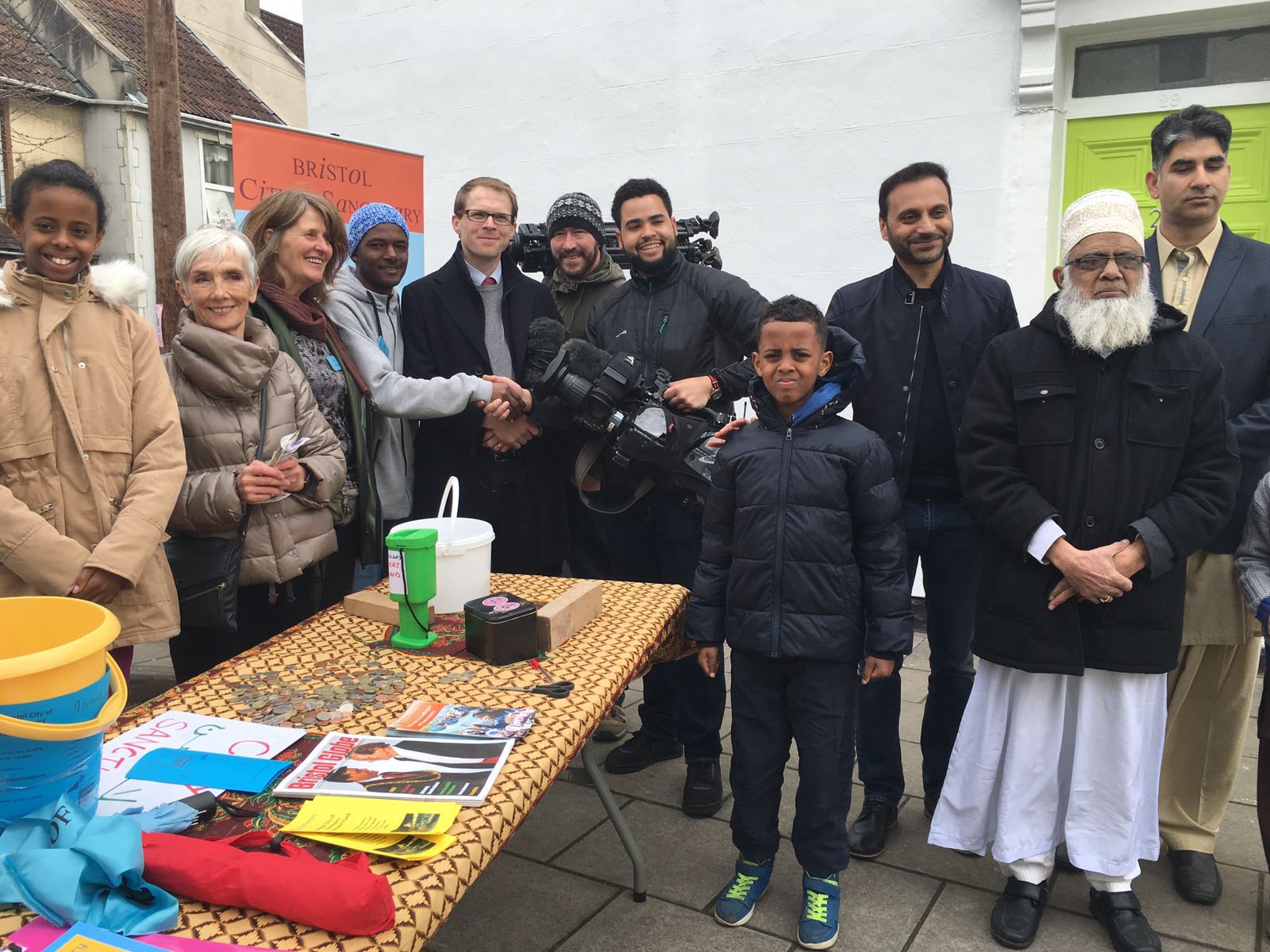 Bristol City of Sanctuary Transport Fund celebrated its official launch on Friday with a fundraising event at Easton Jamia Masjid. Timed to coincide with Friday Prayers, people gathered on the street raising awareness of the need for such a campaign. The positive response from the community was overwhelming; in the space of an hour the event raised £350 for the Sanctuary Transport Fund. 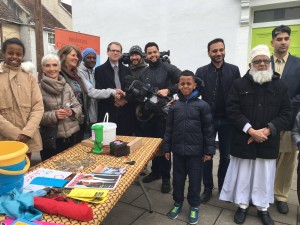 The money raised will go directly to the community initiative, match funded by First Bus Bristol, providing bus tickets for destitute sanctuary seekers in the Bristol. The people who will receive the tickets are those who have lost all their housing and support; they are not allowed to work and they cannot return to the country from which they have fled. The provision of bus tickets will allow them to access vital services such as their medical and legal appointments, whilst also enabling them to reach services which provide support during such a difficult time, such as the invaluable drop-in centres in Bristol.

To have such a fantastic launch has given the campaign a real momentum. Caroline, Vice Chair of Bristol City of Sanctuary, spoke of the launch remarking that “The response was amazing. The transport fund is a tangible symbol of sanctuary, with a real meaning for people fleeing torture, persecution and conflict.”

She added; “Bristol is a declared city of sanctuary and as such all of us have the opportunity to change the day-to-day lives of those seeking sanctuary in our city in a really practical way.”