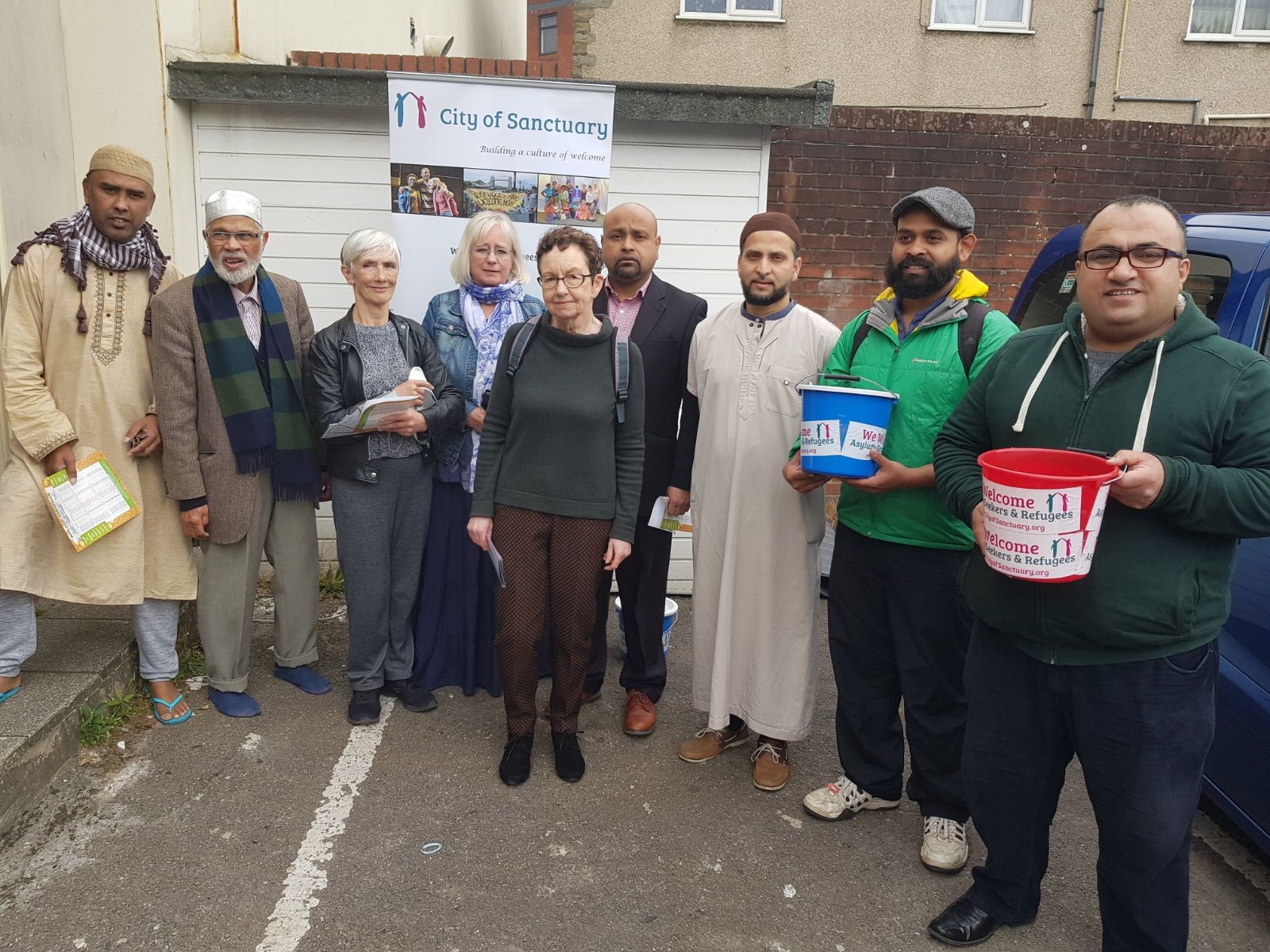 Bristol City of Sanctuary supporters, members of the community were joined by Cllr Ruth Pickersgill and Cllr Sultan Khan to collect funds at Shah Jalal Jame Mosque in the heart of Easton. The collection was part of Bristol City of Sanctuary’s fundraising efforts to raise funds for our Transport Fund to support destitute asylum seekers and vulnerable refugees (especially women) with bus tickets. About £480 was raised thanks to members of the Shah Jalal Jame Mosque community who turned their words of compassion into action by donating the raised funds. Despite dedicating all the time for traditional Friday prayers, the mosque also provided an opportunity to a sanctuary seeker to speak about the plight of destitute asylum seekers and vulnerable refugees in the city.  Funds raised will be match funded by First Bus, and 100% of  contributions will go towards bus tickets.