No One Should Be Punished for Sleeping Rough 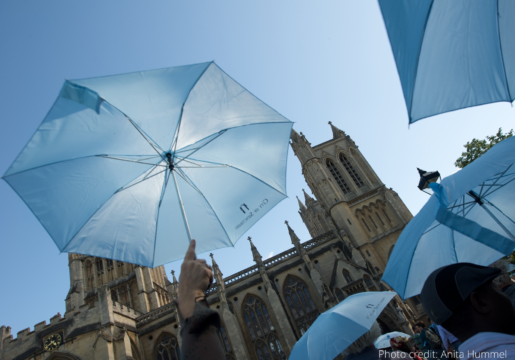 Update 11/12/2020: There is now a UK Government and Parliament petition which, if signed by enough people, will prompt a debate to be considered in the House of Commons. Please sign this and let the government know that you do not stand with this new rule.

We urge the government to reconsider new rules that would see rough sleeping as grounds for cancelling or refusing someone’s right to be in the UK. We consider these plans to be inhumane and counterproductive; instead of protecting people who are already at risk, these new rules effectively punish them.

The No Recourse to Public Funds (NRPF) condition that is placed on peoples’ immigration status means that they have no safety net to fall back on, leaving them vulnerable to being forced onto the streets.  Whilst the government is saying that cancelling or refusing leave will be a last resort, charities fear that it will deter people from seeking help if they find themselves homeless; fear of deportation may push people already vulnerable further away from support, potentially exposing them to exploitation and modern slavery as they struggle to survive. 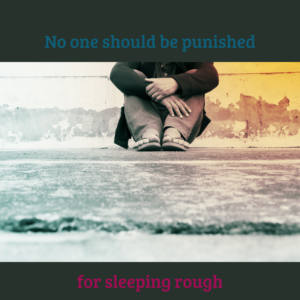 This, at a time when the UK is in the midst of one of the biggest crises it has seen in recent history, shows little humanity. Those with no safety net, those in insecure housing, and those in insecure employment are the ones who will be hit hardest by the economic impact of this Covid pandemic. They are the ones who are more likely to find themselves homeless. As we go into winter, with lockdown restrictions and rising cases, the efforts should be focused on supporting people off the streets and offering safe accommodation, not threatening them with deportation.

We support the call by over seventy homeless organisations to reconsider these new rules which would make rough sleeping grounds for deportation for many non-UK nationals. We urge you to add your voice to the petition and let the government know that these rules will not go unnoticed. We also encourage you to write to your MP and ask them to challenge these unacceptable new rules.

Rough sleeping should NEVER be grounds for refusing or cancelling someone’s right to be in the UK. The fact that this is even being considered shows just how hostile an environment we are in.

Information about how we will use your data is contained in our privacy policy.  We will never sell or share your data with 3rd parties. You can withdraw your consent at any time by opting out of the email, emailing [email protected]ofsanctuary.org or ringing the office on 07341 218773.