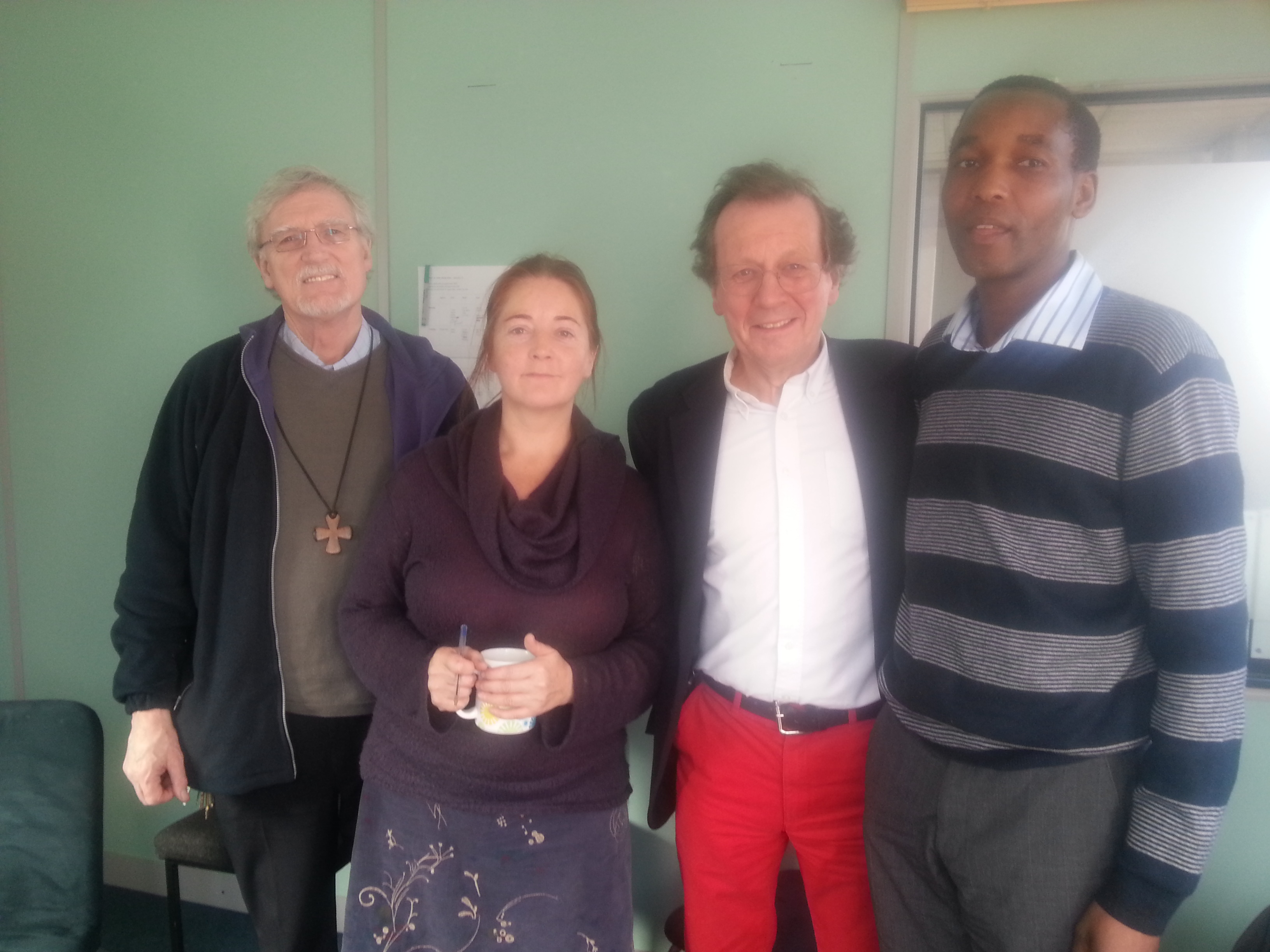 Mayor of Bristol, George Ferguson re-iterated his and the City council’s commitment to the City of Sanctuary vision and to end destitution of vulnerable sanctuary seekers in the City at a meeting yesterday with members of the Bristol City of Sanctuary management committee held at Refugee Action’s offices in the heart of Easton.

Refugee Action is an independent national charity that provides advice and support to asylum seekers and refugees in the UK. The charity’s Bristol office offer office space to the City of Sanctuary group as part of its pledge of support to the city of sanctuary initiative in the City.

City of Sanctuary arranged the meeting as a follow up with the Mayor following Bristol City Council passing a city of sanctuary motion at Full Council meeting on 15th January 2013 deploring government’s inhumane restrictive policy which leaves sanctuary seekers in a cycle of deprivation and poverty. Many are forced into homelessness on the street.
The Mayor confirmed he had already written to the Minister of State as requested by the motion and agreed some actions with City of Sanctuary group.

“It was great to see you all and talk through actions,” said George Ferguson, Mayor of Bristol.

The motion by Cllr Ron Stone, Deputy Leader Labour group and an amendment by Lib Dem’s Fi Hance requested among other things the new “City Mayor to write on behalf of the City Council to the Minister of State / the Home Secretary deploring the government policy that forces refused asylum seekers into destitution, while they continue to fight for a safe haven from persecution.”

Bristol City of Sanctuary aim to facilitate the growth of networks and partnerships in the city to, in which all communities have a common vision of welcoming and a sense of belonging: to develop positive relationships in the workplace, schools and wider community to help tackle discrimination and ensure that similar life chances are available to all.